While buying a laptop or Desktop PC, similar to other factors like speed, portability, and performance, etc. storage type also hold importance. There are two well-known storage types nowadays i.e. SSD and HDD. Besides, there is a hybrid storage type available known as SSHD (Solid-State hybrid drive). But for achieving good speed, performance and lifespan SSD is the best option.

Most of the users get confused with different types of SSDs. There are several questions that need to be answered before installing an SSD in your computer. You may want to know things like, what type of SSD is best? Or which interface best suits your system? etc. To clear all this fuss, all possible types of SSD and the way they work are described below.

SSD VS HDD (What should you have in your system?)

When there is a need for speed and performance in a laptop or PC, SSD is the word that comes in mind. SSD is the best innovation in the world of storage devices. Due to low read-access and speedy throughput, it increases the overall performance of your system. Moreover, it’s a microchip drive and is also best for security purposes. When it comes to read and write speed, SSD ranges from 250 MBps to 500 MBps. Also, SSD has no moving parts as it uses flash memory. Moreover, there are three different types of SSD memory, namely single, multi and triple-level cells. The single-level cells stores one bit, while multi-level stores two and triple-level stores three bits of data. 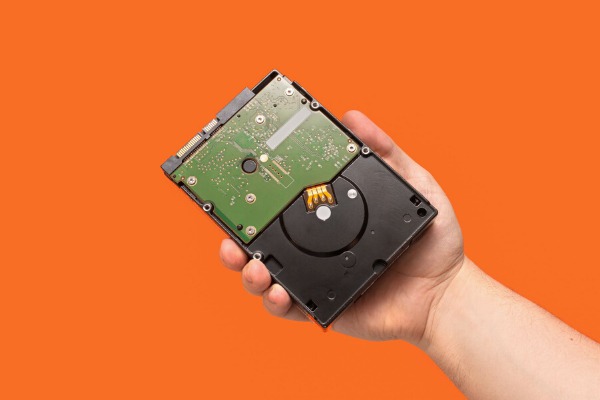 For a long time now, HDD has been the main storage device which is used in systems for storage purposes. In earlier times hard drives were large but now its size has reduced and the storage capacity has gone up. When it comes to read/write speed HDD ranges from 40 MBps to 50 MBps which is much lower than what an SSD offers.

HDD and SSDs are sometimes identical in physical structure but they are different in terms of working mechanism, speed, storage capacity and many other things. However, if you want to enjoy both HDD and SSD, there comes an advance technology named SSHD. It is a combination of both SSD and HDD. If you want the ultimate solution for both storage and performance so it will be the best choice. Below, we have discussed some factors based on which SSD and HDD differentiate from each other.

Both SSD and HDD differ from each other based on some parameters like speed, performance, and capacity, etc. Similar to these factors, the working mechanism of both these storage devices is also different. In addition, SSD is an advance storage device so it uses a modern mechanism for storing data. It is housed with semiconductor chips for storing data. The best part of SSD is that it can be replaced with HDD in a system without affecting other parts.

As we discussed earlier HDD is old technology so it is housed with magnetic chips. They follow mechanism just like a cassette tape. Moreover, it is a large shiny circular plate made up of magnetic material called platter, which is divided into billions of tiny areas. All these tiny areas are independently magnetized for storing a 1 or demagnetized to store a 0. The working mechanism of an HDD involves mechanical movements and so the speed of it is always lower than that of an SSD.

While choosing storage devices for a system, a user should not only be concerned about the storage capacity but the speed as well. Speed is not only related to RAM and processor of the system but in fact, your storage device also plays a vital role in this domain. Nowadays, SSDs are the most used storage devices because they enhance the speed of your system. As they are housed with a storage medium known as NAND which controls its read and writes process. Moreover, the best part is that unlike an HDD, there is no variable seek time and rotational latency. And so, all its parts can be accessed at the same time which results in better speed. In addition, its read speed can go up to 550MBps, whereas the write speed can go as high as 520MBps.

On the other hand, HDDs are best in storing data but when it comes to speed they lag behind an SSD. The main flaws which affect its speed are mechanical position changing of read/write heads which cause the seek time to increase and therefore the latency also increases. Speaking of its read/write speed, it ranges from 40 to 50 MBps.

It’s a human nature whenever we buy something, we consider price first. While buying the best storage device you have to spend some extra money. When it comes to SSDs, with the best speed and performance price is also high. On the other hand, the best part of HDDs is that they are available at affordable prices. While they have good storage capacity but the speed is not that much good, so the price is also cheap. Therefore, if you want to spend less money and compromise on the speed, you should go for an HDD.

Like other factors of storage devices, storage capacity also can’t be ignored. While getting SSD for desktop, a question comes to mind that what size SSD do I need, so the answer to this question is that usually the systems are housed with 1 TB SSD or it can be 2TB in some cases. However, it can be upgraded according to the user needs. Whereas in HDD, the storage capacity is the same as SSD.

Storage devices with a better lifespan should be the best option to be installed in a system. Earlier, there were some assumptions about the limited lifespan of SSDs, but nowadays it got improved. SSD cells survive roundabout 3000 write cycles, but no need to worry all thanks to wear leveling principle through which the SSD controller spreads write operations to its all cells, hence minimizing cell death results in SSD long lifespan. On the other hand, the HDD needs to be used with great care because it has a limited lifespan.

All our efforts in choosing the best storage device for our system are for securing our data. We have discussed all the best features of SSD, so here in data security SSD also deserves credits. As there are no moving parts in SSD, because of which there are low chances of failure so the data loss chances are minimized and the power consumption is also lowered. Whereas in the case of HDD there are more chances of data loss because of moving parts, besides it also consumes more power.

We have discussed all the features of SSD above. Furthermore, there are three different types of SSD which are explained below. So we are going to explain all possible types of SSD drives and some parameters based on which they differ from each other.

Here we have compiled three different types of SSD cards.

For connecting SSD with the system there is a need for interface connection, so SATA is the type of interface connector which is mostly used by SSD for making a connection. Moreover, it was created in earlier times, so nowadays it has adopted more perfection and become the most used connection type. When it comes to compatibility it works with both old and new generation laptops/desktops. As concerned with performance SATA provides 6Gb/s(750MB/s) imaginary transfer speed while after the data encoding for file transfer its real transfer speed ranges to 4.8Gb/s(600MB/s) which is a quite a good speed for casual home users. Furthermore, it is available at affordable prices. 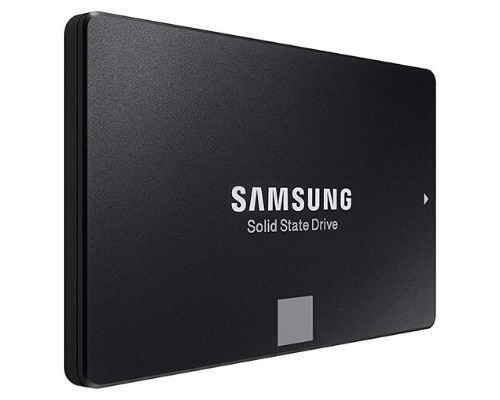 If you need the fastest SSD with the best performance and ready to invest a good amount, the name is PCle (Peripheral Component Interconnect Express). The devices which need fast data connections such as graphics cards mostly use PCIe. Moreover, it supports 1X, 4X, 8X, and 16X lanes, while its transfer speed ranges to 985MB/s per lane. In addition, when it comes to power consumption, in case of continuous reading and transferring data PCIe consumes more power. Besides, when choosing between AHCI (Advance Host Controller Interface) and NVMe (Non-Volatile Memory Express), the best option is NVMe because it is specially designed for PCIe SSD. While AHCI was designed in earlier times for both HDD and SSD, so it can’t show its perfection with PCIe.

Besides all types of SSDs, M.2 is a masterpiece. M.2 SSD is specially designed to enable high storage performance in limited-power slim devices like lightweight laptops and tablets. As concerned with size, M.2 SSDs are small. Moreover, its transfer speed ranges to 4GBps. In addition it supports PCIe 3.0, SATA 3.0 and USB 3.0. Whereas there are three types of M.2 SSD keys, B, M, and B+M. The “B” keying pins (12-19) provides 2x lanes bandwidth, while “M” keying pins (59-66) gives 4x lanes bandwidth. And, the B+M keying increases compatibility in both the slots.

You May like to Read: Best Laptops for Writers

Final Thoughts
While buying system for casual use, office work or if you need to get a gaming laptop, besides all features storage devices are also important to be considered. SSD achieves excellence in all parameters, such as reliability, speed, performance, data security, etc. But if you are price conscious so then HDD will be a good option for you. We have explained all possible features of SSDs and also HDDs, but now it depends on your decision whether you want excellence or you are interested in saving money. At last, our suggestion for your system is to go for an SSD without any second thoughts. 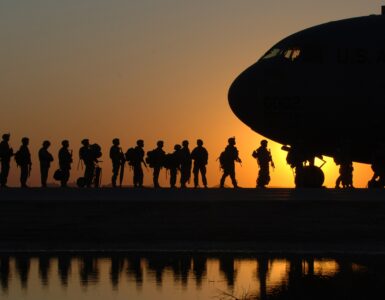 In this article We have reviewed the best digital watches for military that have been chosen from the world’s renowned brands. Further, these digital watches are added to our list based on their excellent... 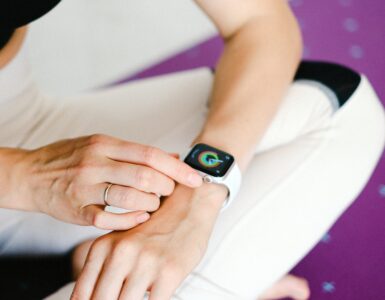 In this article We have reviewed the best digital watches for EDC that have been chosen from the world’s renowned brands. Further, these digital watches are added to our list based on their excellent performance... 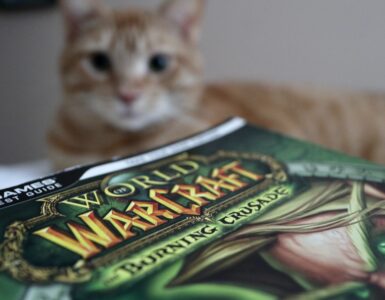 Best Portable Monitor in 2022: for playing WoW on MacBook Pro

Best Portable Monitor in 2022: for playing WoW on MacBook Pro